Why private game reserves are critical for conservation

Habitat destruction is the primary threat to wildlife biodiversity. It’s a hard fact that as wildlife areas sadly continue to diminish, so does South Africa’s wildlife. This makes game reserves like ours increasingly important for conservation.

When we became the custodians of the land in 2018, the reserve had experienced years of insufficient management. Habitat management specifically just hadn’t happened, and the signs of that neglect were evident in animal behaviour.

Since then, we have focused on reviving the potential of our 15 000 hectares of wilderness and restoring a haven where our wild animals can thrive. With the guidance of ecologists, we have stabilised our existing populations and we are working on increasing herd numbers to improve the genetics of our populations. Among the many species that we have supplemented are zebra, wildebeest, eland, tsessebe and sable, which is one of the most impressive and rare antelope species you will see at Abelana Game Reserve.

Additional lions were also introduced as part of our focused game reintroduction programme. Lions are an essential part of the African ecosystem, controlling the numbers of herbivores which, if not regulated, can have drastic effects on biodiversity as competition between them increases. Amongst the lions introduced, were two lionesses that have since produced eight cubs. It is heartening to see them thrive and form a pride. 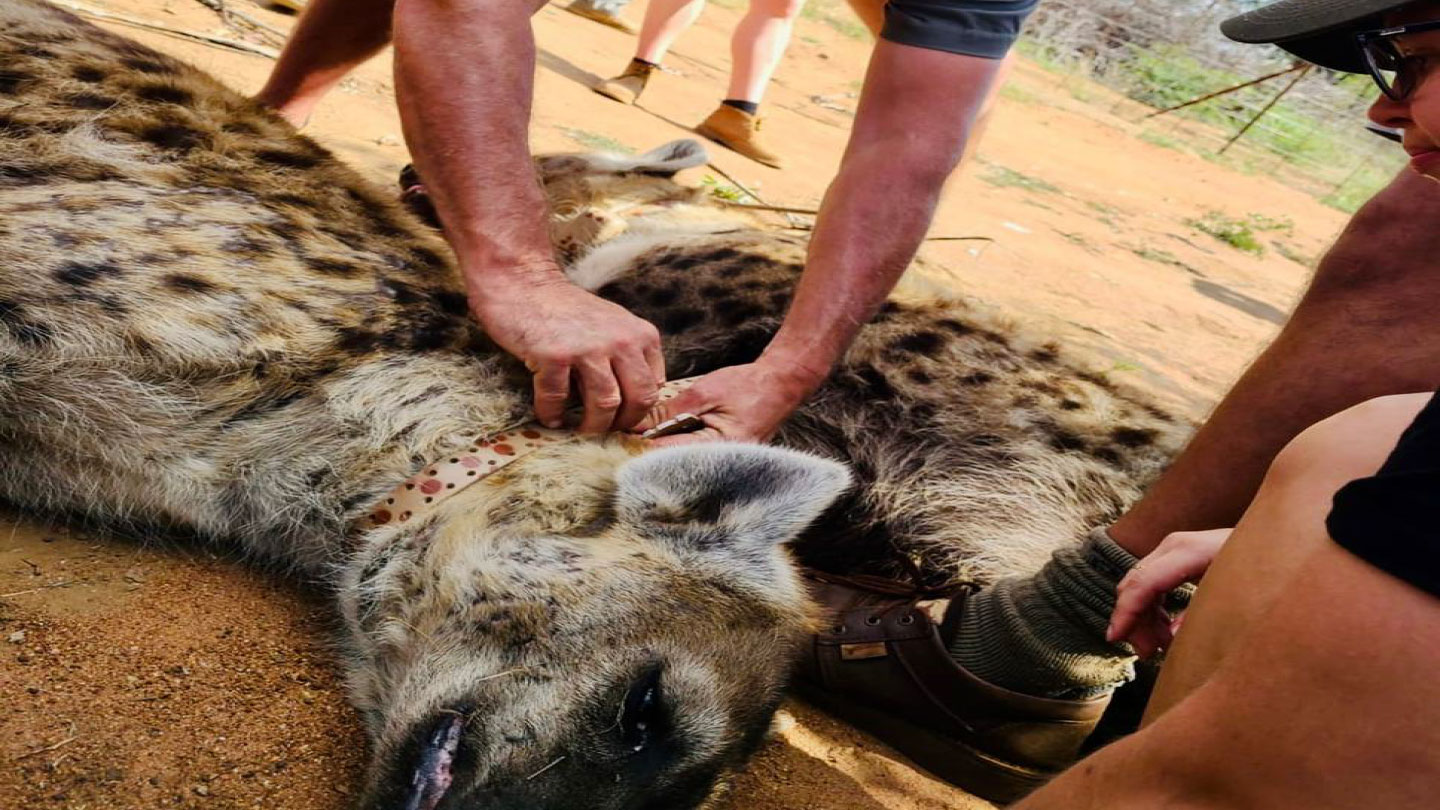 In June this year, we partnered with LEO Africa – Volunteers for Wildlife and Conservation, a big five and wildlife monitoring and conservation volunteer project that is now located on our reserve. Since LEO Africa has been monitoring our wildlife, we have discovered that there is a healthy population of hyenas on the reserve and we have found two active dens where we hope to see some hyena cubs in the near future.

LEO Africa is the only monitoring facility on the reserve, making their work vital. They provide important information on our key species such as lion, leopard, elephant, white rhino and hyena, as well as conduct conservation work and contribute towards anti-poaching activities. The team shares our commitment to conservation and our custodianship approach to environment and wildlife management at Abelana Game Reserve.

Our big five animals are satellite-monitored for research purposes and some of our animals are fitted with tracking devices to make monitoring easier. Wildlife monitoring is essential for keeping track of animal movement patterns, habitat utilisation, diet, population demographics, snaring incidents, and poaching. Good monitoring helps us understand how our species are faring. We want to know that we’re creating an ecosystem that will ultimately keep itself in check and offers our guests a great wildlife experience.

Strengthening anti-poaching efforts has been a priority as poaching on private reserves gained momentum in 2021. We are active in the fight against poaching of our precious wildlife, from on-the-ground units and resources to safeguard our animals, right through to education programmes conducted in collaboration with the surrounding communities.

Looking back from where we began to where we are now, it’s exceptionally rewarding to see how nature has flourished. We can see that we are making a difference. The transformation over the past three years is awe-inspiring. Through our continued efforts, we expect Abelana Game Reserve to burgeon with healthy, thriving wildlife in a sustainable ecosystem. We hope other properties will be motivated to realise and take ownership of the vital role they play in conservation.